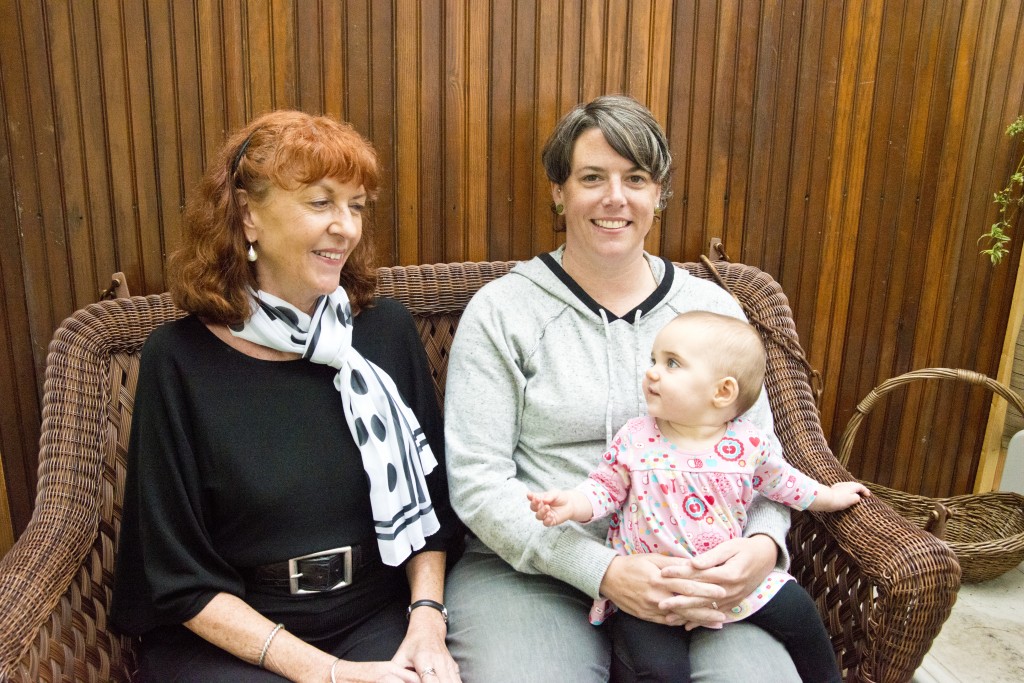 From the time I was five years old I heard this story in my family: my father’s oldest sister was in love with a guy when they were both in their twenties. She was Catholic and he was Protestant, and they didn’t get married because of the difference in religions. And twenty years later he still wanted to marry her and she wouldn’t because she was Catholic and he was Protestant. The story was to illustrate how wonderful a Catholic my aunt was. But the way I interpreted it was “That’s completely insane, to not marry someone you love because of something like religion.” Sexual orientation is a similar issue.

I felt like it brought us closer when Rachel came out because she could talk about her girlfriends or her crushes on girlfriends, and I could meet her girlfriends. Everything was out in the open and she knew that she was accepted so she could totally be herself. She said she had so many friends whose parents had rejected them, which I found shocking and amazing. So she was afraid that her father and I would reject her, which is understandable.

I know that sexual orientation is an important part of Rachel’s identity so I don’t want to be dismissive about it, but to me it’s like “What color are her eyes? What color is her hair?” It’s not the defining thing about her. Sexual orientation is one piece of information, but it does not tell me “who” a person is. What’s important about someone is “What kind of person is she? Is she kind, conscientious, loving?” And Rachel is.