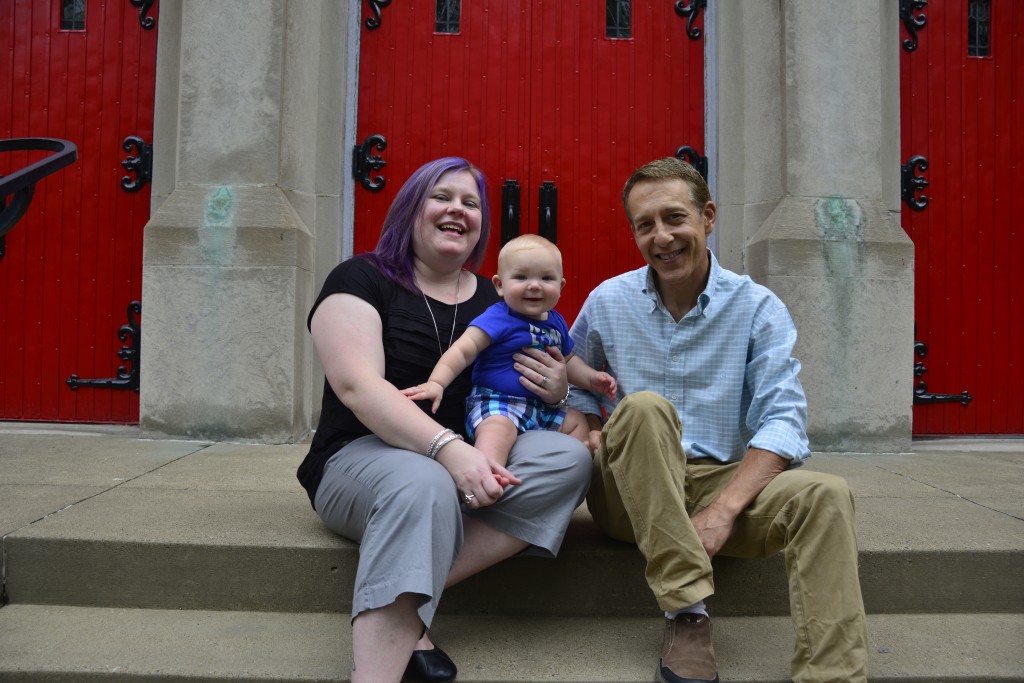 Kelly: After I graduated college and when I was entering seminary, social justice became a part of my ministry. I began to see the way in which churches, any church, were hurting gay and lesbian folks and questioning them and not allowing them to be who they truly were, who I believed God created them to be, because I do believe our sexuality is given to us from God. It has become a journey for me to embrace the LGBTQIA population and invite them into a family of faith.

Gary was one of the first people I met when I got to the Mifflin Avenue United Methodist Church. He immediately became not just a parishioner or a church member but a friend. I’m a single mother by choice – I knew that there were people around me who would be a part of my son’s life. It’s so important for me that Gary is in my child’s life. I really see Gary as one of the men my son grows up with and comes to know, but also it’s important for me and my son where Gary is no different from his Uncle Cameron who’s straight and married to a woman. Not only do I want my son to experience difference, I want him to understand that there is no stigma.

If someone comes out to you, listen to their story and try not to jump to any conclusions. Listen with your heart open. They are going to experience some kind of challenges, even in the most ideal of situations, and they need to know whom they can turn to and whom they can trust, who will walk beside them in that process.

One Response to Kelly & Gary