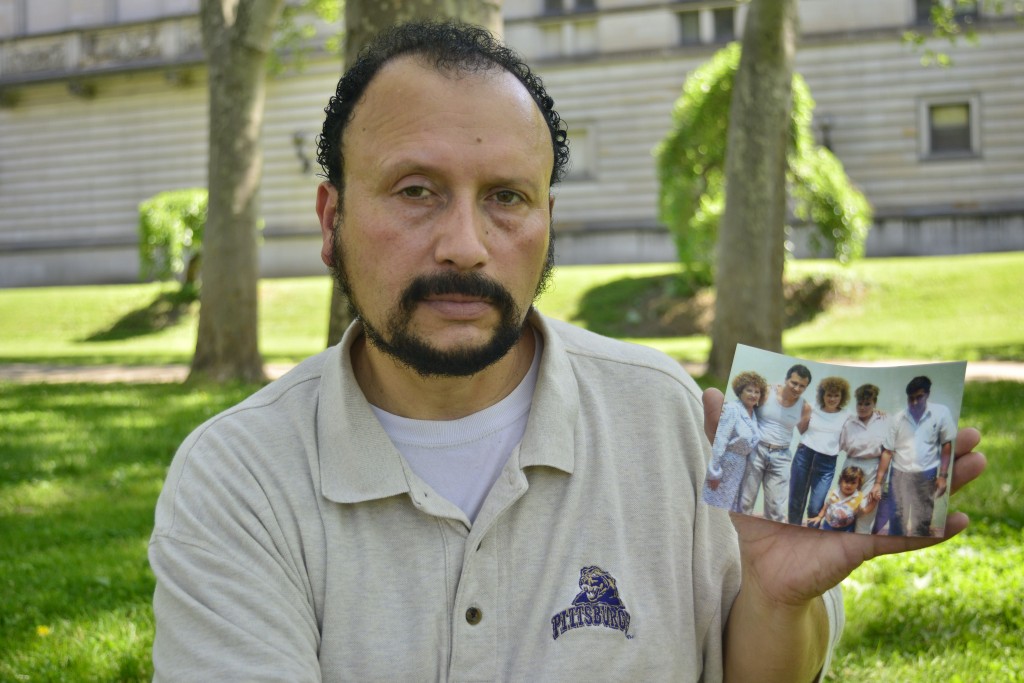 Luis with a picture of his family

I think I first knew my brother was different when I was maybe 12 years old and my mom, my brother, and I were walking downtown doing some Christmas shopping. Some kids from my brother’s class passed by and started making fun of him, calling him gay. I was waiting for my brother to do something about it, but he put his head down and kept on walking. I was like, is he going to let people talk to him like that? It bothered me that there was no reaction. Back at school after Christmas, I remember one time I was playing basketball during recess, and I looked over and saw some kids surrounding my brother, making fun of him. They started putting their hands on him and I got upset, so I immediately jumped on them and started to fight.

Years later, we still didn’t talk too much about it. Everybody in the house knew he was different. Somehow we learned to accept that without actually talking about it. We just knew it, we embraced it. I’m different, he’s different, and everybody in the household has something different about them. Still, we were excluded from some church gatherings, and at big family gatherings my brother would exclude himself, sitting alone and not talking very much.

Unfortunately there was a car accident about ten years later. He passed away ten days later, and at the funeral I was amazed at how many people showed up and expressed how my brother touched their lives in some way by being there for them. For somebody who was excluded from so much, my brother avoided resentment and focused on the positive. It’s a shame it took that tragedy to realize how huge of a heart he had and how big of a person he was.

If someone comes out, whether it’s a friend or a relative, we have to not only be open minded, but also understanding. We have to see the person as a whole, without judgment. We have to give encouragement, love, and affection.